On the last episode Matt and and Randy both tapped out. We are due to see from Nicole.. On this episode we’re also waiting to see if David’s gill net catches any fish and to see if Justin climbs the mountain. David is getting pretty hungry and Justin’s camp needs to be relocated as it is on swampland.

The quote for this episode is:

David is having some deep thoughts and tells the audience that being alone is a hard thing. Unfortunately, when David checks his gill net today there are no fish.

Jose has spent a lot of time and energy on his boat. He has been crafting a skeleton of a boat and is going to use a tarp to wrap it and go salmon fishing. Will it float? Will he catch any fish?

Justin goes on a mountain climb. It is day 22. Justin is doing this in honor of the 22 veterans which commit suicide every day. Go Justin! Justin climbs and climbs and screws up his knee and keeps going. He makes it to the top! The view is excellent. 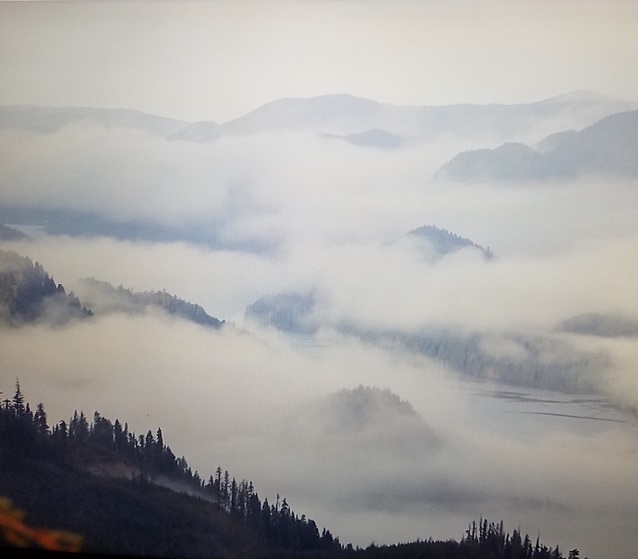 Nicole sees a new bear today and believes it is the male bear, possibly the father of the 2 cubs.

Justin relocates his camp. He says he was thinking of hanging it up, but now he feels completely recharged. He finds a new place to build his shelter. It will be a lean to and he will sleep off of the ground in a hammock.

Nicole comes back to her gill net and has another huge salmon. Nicole may just gain weight on this trip- she seems to have the perfect little river near her shelter. The bears like it to is the only downside. She has named the river “bear river”. Later she goes out and collects greens. Nicole seems to be making a salad! He background is going to allow her to collect all kinds of great food to go with her salmon.

David’s gill net get thrashed and trashed in the water. Ugh. A big log floated in and smashed it. David seems like he is trying to talk himself into staying by explaining to the camera that he can’t quit.

Nicole checks her gill net and has yet another salmon. Wow, what a creek! Can I go camping there?! She lets this salmon go! What a mental boost that must give her, to be letting fish go.