Naked and Afraid – Strength in Pain

May 29 2016 is Naked and Afraid Season 5 Episode 12. I am going to live blog this episode below. This page will be updated while it airs. I’ll also be on Twitter commenting @Lenraleigh.

“Strength in Pain” takes place in the Honduras rainforest. Time Warner cable listings previously listed this episode as “23 days“. No idea why.

Clarence Gilmer II is 35 and a survival instructor and naturalist. His Twitter bio says he is an adventure traveler, blacksmith, organic/permaculture farmer, primitive/survival skills instructor, tracker, educator, activist. I bet he watches the show and tweets live @CGilmerII! His Discovery bio is here and it says that he’s survived the streets of Baltimore, multiple robberies, backpacking on the Appalachian Trail, and homeless in San Diego. Clarence found a job in Montana where he met Laura Zerra. Clarence has been all over the place! He has worked with youth and now lives in upstate NY. Cool!

Bree Walker is a 30yr old real estate agent who lives in Denver Colorado. According to her Discovery Bio her skills include building shelters, hunting, gathering, crafting tools and weapons, navigation, trapping and plant identification.

Clarence says that he has been homeless for 10yrs. Bree has recovered from some addiction issues in the past. They meet and things go over pretty well. It looks like Bree has a great attitude! Clarence has red toenails…

They find a place to set up shop. It is pouring rain and the fire won’t start. The temperature is dropping…. Annnnnd they’re screwed.

They decide to change shelter locations. Clarence gets a fire going and they start working on purifying water. They catch a tarantula and grill it up and Bree goes back to working on the shelter.

This poll is only good for 30 minutes! Do they make it???

POLL: Do Clarence and Bree Survive the entire 21 days? #NakedandAfraid

Clarence has a tummy ache

I think I would too after eating tarantula and snakes! Clarence has crazy diarrhea.

He is lying down while Bree maintains the fire. She is talking to the camera and suddenly the camp is ablaze! Oh no!

Apparently it was Clarence’s shelter.

Clarence is very disappointed and lets Bree know that he can’t count on anyone. Wow!

Why do they have 2 separate camps?

Bree is disappointed with Clarence.

Bree makes Clarence a tea to help settle his stomach.

Over the next several days it rains and rains.

Working as a team

They put together a debris hut for Bree across from Calerence’s camp so that they can communicate at night. While cramped, Bree should be much warmer at night now!

I’m not sure why Bree was sleeping on the ground, but she was. Inevitably, a snake brushes by Bree in the middle of the night. She taps out the next morning!!

Clarence spends the next few days singing… Is this guy going to eat or what? I would be STARVING.

He starts his time alone by calling himself the one wolf wolf pack but within a short amount of time he is obviously very lonely.

Amazingly he spends the next few days simply drinking water. He eats nothing!!

Calrence begins making his way towards the exit.

He comes to a dead end and a cliff with a waterfall. Clarence jumps!!

Calrence is dizzy, lightheaded, tired and hungry. He makes it out! 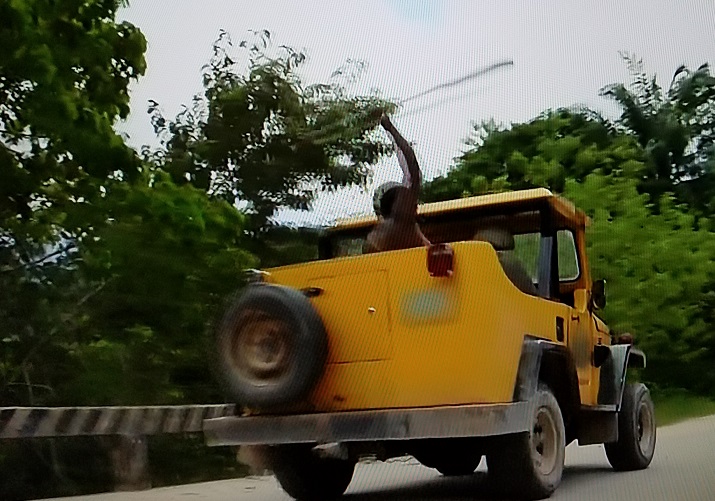 Bree left early and was given a PSR of 4.8. I’m not sure why and people on Twitter suggested she get a 0.0. Clarence got a 7.9PSR.

What do you think??

Please comment below with any questions or comments that you may have!