It is currently March 8, 2016 but the show is available on Netflix. I started with Season 1 Episode 1, “Deadly Desert”.

“Deadly Desert” takes place in the deserts of Utah. The contestants are Paul Archer and Andrew Milich.

Paul’s remote survivalist is Cliff Hodges. Along Paul’s journey he passes up fresh rainwater. When you find water in a desert, walking by it is really not a good decision.

Paul goes on to kill a lizard. As night falls Paul refuses to eat the lizard and when it comes time to make a shelter Paul gives up and hits his emergency button to get evacuated.

Andrew Milich fares much better. His mindset is in the right place. He references his wife often and proiving to her and himself that he has the heart to complete the journey. Andrew finds no water on his hike through the desert. I can’t imagine how thirsty he must have been and I wonder if he considered consuming urine or not!

Along the journey Paul finds a snake and hits it with a rock. While Paul’s adrenaline is pumping he reaches for it with his bare hands and is bitten by the snake. Paul’s remote survivalist asks him a series of questions- is the snake’s head shaped like a diamond? Are the snake’s eyes round or shaped like a cat’s eye? Fortunately, the snake had a long, narrow head and round eyes and it is determined that the snake is harmless. The snake is a Blow Snake. Paul later skins the snake and puts in his pack to be consumed at a later point in time.

Later in the evening Paul looks for water by digging at the ground with a stick near a cottonwood tree. Cottonwood has many uses, none of which are used in this show, but include a pain relieving cottonwood salve and other stomach tonics with the right recipe. 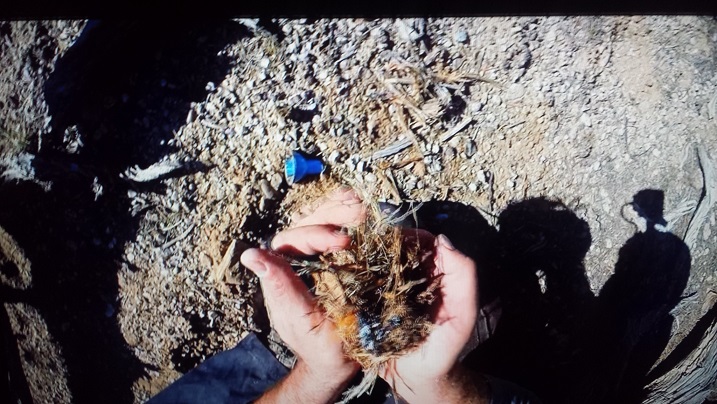 Paul gets a friction fire going and cooks his blow snake. When asked how it tastes, he said it blows! hah.

Paul makes it to his extraction point and is extracted.