I think I may have captured the largest buck in Chatham County North Carolina this year. This was a decent 9 point buck. 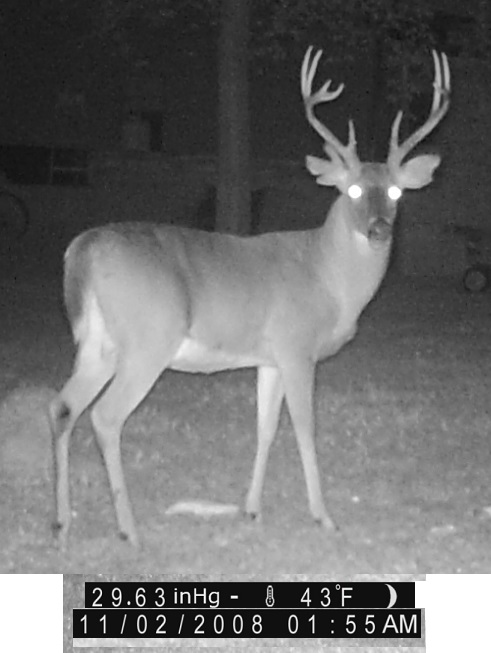 My first nice Buck, and I used a crossbow

I almost gave up

This deer in particular had been coming around my place between 1:30AM and 7AM. After multiple unsuccessful hunts, I told my buddy Wyatt that the deer was irritating me. I had $80 in corn and 10 hours into hunting this deer, and I should just go to Food Lion and buy some meat. He told me I was crazy and that most people wait their entire lives to shoot a deer like this, and that I had one right in my back yard.

Once my mind was completely made up and I had concluded what was going to occur, everything else fell into place, just as it always seems to do in life.

I made it to my tobacco barn (yes, I am spoiled), and set up to hunt around 3AM. It would be nearly 4 hours before anything happened at all.

I heard a grunt. At first, I thought it was my belly growling again. But it was not, it was a deer! I became very excited after hearing this buck grunt. Should I grunt back? Is he coming out? What if another deer comes to meet him and they leave? What should I do? These are the thoughts which ran through my head for the next 18 minutes of my life. Then, I would hear a leaf crunch and a branch break. Something was out there!

I waited and waited. It would be 20 minutes after the branch crunch before anything else happened. Since I had the cover of the tobacco barn, I was able to glance at my wrist at get the time from my Fitbit Charge HR from time to time. Then, it happened.

The deer I had been waiting for emerged from the woods. He didn’t even look my direction, as he was used to seeing the old barn. I was sitting right behind the open window watching him through the scope. I moved the safety to the off position. He was at an angle, not completely giving me a shot at his side. Additionally, his shoulder seemed to be in the way. I wanted a side shot with no elbow or shoulder in the way.

I waited 5 minutes and it seemed that the deer would always move his right leg forward first before going down for food. Did he subconsciously sense danger to his left and keep his arm blocking his vitals? Was he a righty? What was going on? Finally, he turned to the side. I aimed my bolt directly at his heart and his arm was blocking it. I waited, and waited. I remembered Wyatt’s words and knew I couldn’t take this moment for granted; hunters wait their entire lives for THIS moment. It had to be perfect. It was 6 minutes in and I was realizing I may not get a shot. This deer was too regal to harm. His ears were split, he was a fighter, a survivor, with keen senses, able to survive in the woods for years on end, much tougher than I will ever be. I knew that if I was going to kill this buck, I wanted it to be perfect, painless, respectful, and peaceful. Then his arm moved.

I knew from observing him, once that arm moved I would have about a 5 second window until his body moved forward, hiding his vitals behind his arm once again. But I had already had the shot lined up for minutes, and I only needed one eighth of a second. My breathing was perfect, and I had my adrenaline under control. Other than the sound of blood rushing through my body, I could hear nothing but him chewing. I was as focused as I get. I squeezed the trigger without lunging forward, gently. The bolt ejected from the crossbow smoothly, and there was a “wap” sound a fraction of a second later. The buck did a mule kick and disappeared.

Where did he go?

I was relieved and overjoyed. I took a huge vape off of my Nautilus Mini for some much desired nicotine, gobbled down a protein bar, stepped out of the barn and took a leak. I went to the site of the shot and looked for blood on the ground. There was none.

I knew he was hit, and I knew the shot was good. It was my first shot with a crossbow, and I wan’t sure what to expect. I had watched YouTube, listened to stories, read about it online, but none of it prepared me completely.

After 20 minutes of looking for blood in the yard, I turned to the Internet, which told me to look at the arrow. The arrow? What arrow? Wasn’t the arrow in the deer? I walked past the point of impact and there was the arrow, sticking out of the ground. It had deep red blood on it with no bubbles. The Internet says this was a heart shot. This article is great: You shot a deer, here’s how to find it.

I was taking my time looking for the deer, and I went and grabbed my dog. She is a German Shepherd, and I think her original owners may have taught her some tracking skills. That, or she is a natural. After three failed 5-minute attempts of her sniffing out some chicken poop to eat, she picked up the scent and took me directly to the edge of the woods. I had no idea the deer had taken a sharp right turn and headed there. I guess it makes sense, it was the closest way into the wilderness. As soon as we got into the woods I saw blood everywhere. Yep, it was all over. I congratulated Aura as she bucked and pulled on the end of her lead towards the deer, which was only 15 years into the woods. 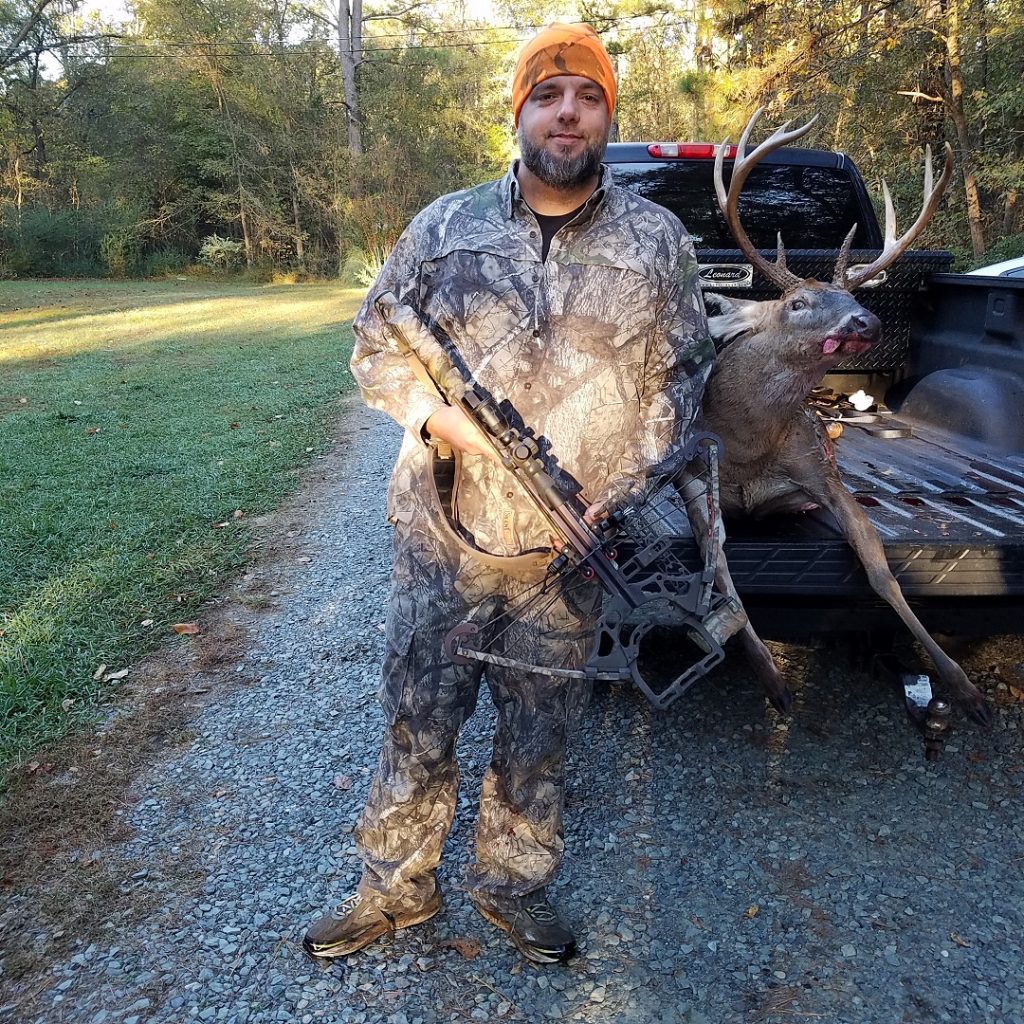