Alone, Knife’s Edge, originally aired on April 28 2016 and is Season 2 Episode 2 of the Alone show by History channel.

The quote for this episode of Alone is:

“The very basic core of a man’s living spirit is his passion for adventure.” – Christopher McCandless

I’m going to come right out and say that I didn’t do a great job documenting this particular episode. It was mostly Mike, Justin, David, Randy & Mary Kate. There was a lot of footage of the people at home with their family in this episode.

Mike finds some rhizomes. He also has bull kelp. Mike’s sense of humor comes out. He is finding edibles all over the place while he gets his gill net in place. He also discovers some bear poop, some of which is still steaming. How many bears are nearby??

Justin had been stalking a duck. Well, the duck is dead for some reason. He’s not sure why. Would you eat the dead duck? Justin takes the duck and disposes of it. He doesn’t want it lying around as it could attract a cougar. 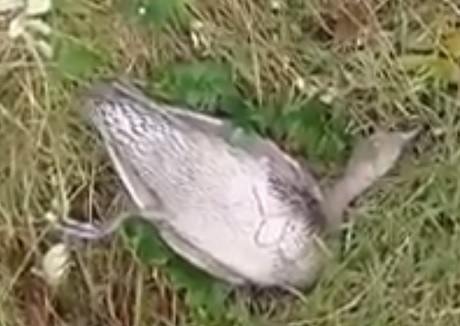 Randy is out setting traps.

Mary Kate is setting up a neat little shelter. David talks to the camera and sets up a trout line.

Now I see why this episode is called the knife’s edge. Wow, Mary Kate just took a devastating cut to the hand. Yikes. Will she survive that or be forced to tap out?