Naked and Afraid XL Season 2 Episode 3 is “Man on Fire”.

Kim and Darrin are checking each other for ticks. Honestly, it is a little weird how well they are getting along. Personally, I’d be out looking for some food!

Darrin eventually catches a monitor lizard. Very cool. The paid are very excited and have a good dinner.

After a significant amount of complaining Clarence’s tream goes out looking for water. At first Jake and Stacey didn’t think this was a good idea. But, they were drinking out of an old mud puddle of death which was shrinking by the minute. Not good. Jake leads the way and they run right into Swati Valley. Jake Clarence and Stacey join Phaedra, Alyssa & Tawny! They are now a team of 6. And, there is a lake. NOW they have water!!

Over at Pondo the guys are getting covered up in mud and deer hunting. Well, at least they are ambitious.

Here’s Angel coating up with mud: 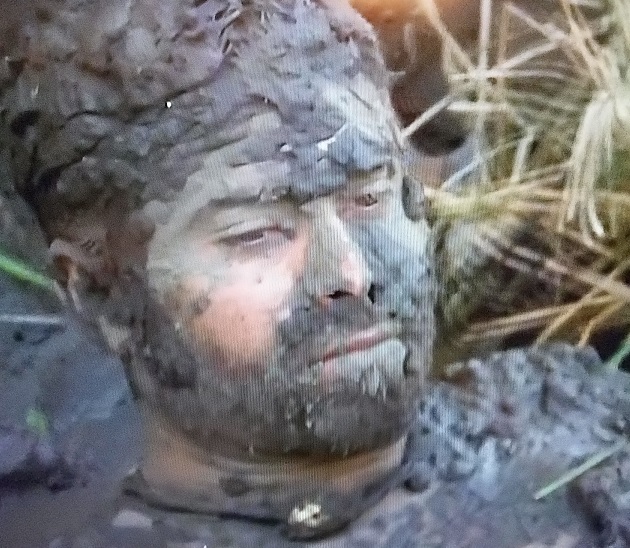 Clarence wants to hang out at camp but he goes along with the other 5 anyways. This doesn’t look like a good idea. I think Clarence just wanted to make sure everyone thought he was pulling his own weight.

Clarence is getting lightheaded and sweating profusely. I think he has heat exhaustion… He is going to need to cool down in the very near future.

Medics come in and Clarence is being hauled out on a stretcher shortly thereafter. They get him to a hospital and cool him down and hydrate him. It looks like he will be ok.